There is certainly a lot of material available on Turtle Diagrams. When reading through some recently, I found myself thinking that there are still many consultants and auditors that seem to miss the true objective and functional uses of the Turtle Diagram.

These four additional pieces of the process puzzle may sound familiar since they are very similar to the basic building blocks of an Ishikawa or Fishbone Diagram commonly used for problem solving.

Sometime around the year 2000 as the automotive QS 9000 standard was being replaced by TS 16949, Certified registration auditors were taught the use of the Turtle Diagram as an auditing tool. The purpose was to provide a tool for Process Auditing as compared to the audit of “Shalls” or of “Clauses.”

The Turtle Diagram was not described, identified or intended as a document for development of processes or procedures. That was the invention of consultants who never thought about the tool as a tool. Instead they jumped at the opportunity to have a simple diagram to use as a document in order to charge clients for work.

In the 16 years since the introduction of the “Turtle” you would expect that there have been changes to either the diagram or its use. However it seems that the dogma of blind compliance has only increased.

Andrew Nichols in his A Guide to Effective Internal Management System Auditing, some of which I disagree with, did make one good point early on in his presentation. He points out that some auditors ask for and encourage clients to develop Turtles. They do and they shouldn’t, but rather than Mr. Nichols’ conclusion that they do this to make their job easier, I would say that they do this for the same reason that many consultants take the same road, and that is that they don’t understand the tool. Also, contrary to Mr. Nichols’ contention, the Turtle Diagram can be a powerful tool for development of a management system but not as a form. Although, that subject is for another time and much longer discussion.

I teach the use of the Turtle Diagram in my courses on Internal Auditing and Registration Lead Auditing. In my training however, I do use a modified Turtle Diagram in order to cover all of a process as described in today’s requirements.

Added to the Turtle are two subjects. ‘Linkages’ which are also included in inputs and outputs but there may be other processes that link directly or indirectly to a process which may have an effect on its performance. I also add ‘COPs’ (Customer Oriented Processes). These are another focus area for auditing, particularly automotive sector auditing, which stresses the importance of specific sub-processes which exist within processes for the express purpose of meeting a specific unique requirement from one customer.

So allow me to repeat – the Turtle Diagram is not a form and shouldn’t be used as one. The Turtle Diagram for the purpose of auditing is an idea, a concept. The only Turtle Diagram required should reside in the auditor’s brain.  It is a guide to ensure that ALL components of an effective process are covered effectively in an audit.

The Turtle Diagram as a document could never document all of the information necessary to fully describe a process. For instance if I were auditing the training and competence section of just one process I would need to investigate and collect evidence that.

1.There was sufficient manpower resources to do the intended functions,
2.That the responsibilities and authorities of each function group were effectively developed,
3.That those functional responsibilities and authorities were effectively communicated,
4.That functional expectations for each job were identified,
5.That people had the expected qualifications for the job,
6.That people were trained in any areas where training was identified to be necessary,
7.That future training requirements had been determined, planned and to the extent necessary and implemented,
8.That training records were in place, up to date and showed training as current,
9.That competence was evaluated,
10.AND then I would have to establish that people were in fact effective in performing their work.

It would be incredibly difficult to squeeze the information necessary to describe a process sufficiently to cover these questions into the size of box typically used in a Turtle Diagram.

They are not a replacement for procedures, process flow diagrams or work instructions and they are not a shortcut to provide the auditor with all of the information they need. On that subject Mr. Nichols was very much correct. 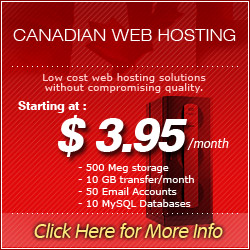